The annual radio industry haunted house party is being held at Clear Channel’s headquarters in San Antonio this year.

The joint actually feels haunted. For years, it was the center of the universe for all decisions made for its radio stations. Now it’s a disembodied mess and run by spirits from a distant city. 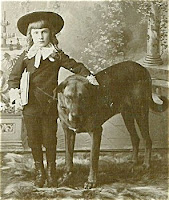 I’m sorry to report that Randall Mays, the soon-to-be-former CFO of Clear Channel, is boycotting this year’s party after being told by Bain Capital and Thomas H. Lee that he would have to get their approval before he could wear his Little Lord Fauntleroy costume. 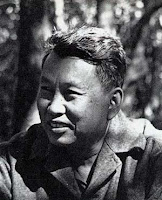 The managing directors of Bain Capital and Thomas H. Lee need no costumes. Their very presence is scary enough. Just ask the banks that invested in the Clear Channel privatization debacle. 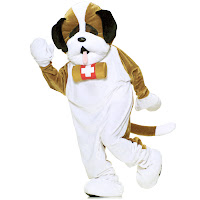 The unimaginative John Hogan wears the same costume year after year and this is no exception. He’ll be coming as the abandoned puppy dog, unsure of whom his next master will be.

Unlike Clear Channel, Citadel, CBS Radio and other companies that set up their kills in a manner that you know that they’re coming but not quite sure who the victims will be, Lew just shows up unannounced and says, “Boo! You’re fired!” 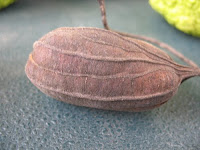 His second costume is an Invasion of the Body Snatcher pod. After he fires you, he’ll take over your job and since he's always the Smartest Grim Reaper in the Room, he'll do it better than you.

Did you happen to read Lew Dickey’s interview in Portfolio? Click here if you missed it.

Here are a couple of highlights.

To cut health care costs at Cumulus, Dickey dumped Human Resources from the task and seized total control of the project.

“It’s handled at human resources. I think that’s a big mistake,” he said. “I could immerse myself in office supplies, and in 15 minutes I could have a knowledge about that.”

The unimaginative Peter Smyth is going to wear horse blinders and rose-tinted sunglasses. That way he won’t be spooked by the realities of increased unemployment, lack of consumer confidence, sucker rallies on Wall Street, and unsold inventory.

Farid Suleman is coming as Dracula. He bought ABC Radio, sucked the life out of it, and somehow, he’s still standing.

Dan Mason will arrive as Mandrake the Magician. With a wave of his magic wand, he’ll turn one of his stations into a contemporary hits format whether the market needs it or not.

Though he wasn’t invited and has no plans to show, Sirius XM CEO Mel Karmazin will be the most visible person in the room. Like it or not, Wall Street considers Sirius XM a “radio company” and of the top five, his is the only one showing a increase in revenue (+18.6 percent).

By comparison, number one chain, Clear Channel had a -7.4 percent loss; number three, CBS was down -12.2 percent; number four, Citadel was down -9.4 percent, and Cumulus, a -6.9 percent drop.

Almost forgot. At this party, "Trick or treat" has been replaced by "pay for play." 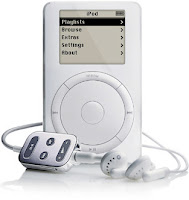 Shame, shame, shame on me. One of the most important dates in recent history and I missed it.

I’m going to stop short of taking full blame here. There were no reminders. No hints. No nothing.

You’d think with Google and Wikipedia someone would’ve flagged this date.

I didn't even see a single Tweet about it.

Eight years ago last Friday, October 23, the iPod was introduced.

I was in my Apple store last week. I’ve gotten to know most of the people there.

You’d think someone would’ve invited me to stop by and have cake and ice cream last Friday.

Do you remember the first iPod?

The labels mumbled something about intellectual property and copyrights.

Though it was a significant technological advance over the Diamond RIO MP3 player, the iPod was compatible only with Macs, which excluded 90 percent of the computer market.

And only geeks and Goths and art students owned Macs. 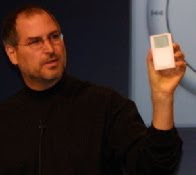 It was weird looking and clunky; the size of a deck of cards. It didn’t look or operate like a radio or a Walkman.

Just a year earlier Diamond REO released its second and third MP3 players with 32 MB and 64 MB of internal memory respectably which were compatible with PCs.

The downside was their fragility. They were prone to cracks and breakage.

The iPod, by comparison, weighed 6.5 ounces and had a whopping maximum 5 GB of storage.

Initially, the only way you could add music to it was by ripping songs from CDs.

2001 - the year that Apple introduced the iPod, it made $5.4 billion - nearly all of it from sales of Macs to geeks, Goths, and art students. It posted a loss of $25 million.

Let’s fast forward to last year’s figures. Apple made $36.5 billion - good for $6 billion in profits - from the sale of iPods, iPhones, Macs, and digital content.

While I’m thinking of it. We missed another important date earlier this year.

The eighth anniversary of the sale of the first HD Radio. 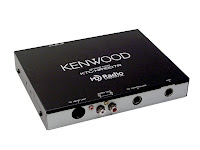 The less said about HD Radio the better.

Peter Smyth, it’s true that people are worried about the future of radio - or at least those of us who work for radio are.

I read your latest From the Corner Office last week and have to respond.

Peter, I’m not going to counter-point the half-truths and untruths in your latest letter.

You say the Great Recession is over? Really.

How might I ask did you reach that conclusion? Unemployment continues to rise. Foreclosures are on the increase.

If you don’t have a job, you can’t afford to pay the mortgage - and you lose the house. 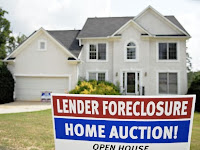 And Peter, what does one do when they're foreclosed-upon. For one, they're less likely to spend whatever money they have left.

Our industry is based on consumer advertising. If they’re not buying, clients stop advertising. Some go out of business.

Here are all the stats you need.

The real world isn’t like radio, Peter. When Lew Dickey or Farid Suleman misses a payment, they have floatible options. They can give up more equity or try and pawn off debt.

Peter, you need to get out more. There’s little reality between Wall Street and Main Street. Or Dorchester Street.

I can even show you a few empty storefronts Newbury Street? How about Copley Place? It has a few shaky tenants.

Are we really better off today than we were a year ago? Yes and no. The stimulus programs - tax credits and “Cash for Clunkers” brought consumers out of hiding - but all of that money’s been absorbed.

How many publicly traded radio groups are about to go belly-up?

How about the radio industry? Are we better off today, post-pillage deregulation?

that the country was thisclose to plummeting into another Great Depression. We also know that we’re not even close to lifting ourselves out of this current Great Recession.

Truth be told, Peter. We’ve managed some temporary form of stabilization in a still depressed market.

Did you read Northeastern University economic prof Alan Clayton-Matthews' take on the economy in yesterday's Boston Globe? "I had seemed we hit the bottom this summer, but I'm not so sure anymore."

Yes, I believe we will have a turnaround - but it will be slow and imbalanced. Not everyone will get out of here alive.

Could we agree that the Internet is to radio what the horse was to the car?

The first cars were manufactured in retooled horse carriage factories.

The engine replaced the part where the horse used to be.

The only surviving radio stations will be those with creative content and retooled and grafted to on line and mobile.

See, we don’t need more radio stations. We already have too many. We do need live and localized radio stations providing what our potential audience wants.

And I don’t care what your consultants say. Slapping one of your radio station apps on a smart phone isn’t social networking.

ne alternative. It’s the obit you don’t want to read, Peter: After several attempts to shock the radio industry back to life with gimmicks like HD Radio failed, it was pronounced obsolete on - fill in the date.

Since deregulation, radio’s been in denial.

Don’t blame the casino for losing your money. Look in the mirror.

Don’t blame the audience for your loss of time spent listening. Just listen to your product.

Don’t say it can’t happen here. It already has.

Radio lives in an alternate reality where fish sing, birds swim, and humans get in the way of voice tracking and syndication.

There will be more rounds of economic disasters from time to time. It’s inevitable. But you are in control of your own destiny. The disasters will be measured by how much or how little you prepared for them. 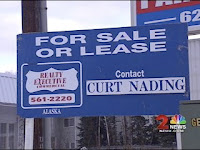 Here are three more words: Commercial real estate. We haven’t felt the aftershocks - because the quake hasn’t happened yet. But it will. Those commercial deals were bundled up and sold along side the equally toxic subprime residential mortgages.

Remember the tech boom at the end of the last decade when VC’s were running out of ink signing off on anything that had the word Internet embodied in the first sentence of a business plan?

Remember it was assumed that housing prices would continue to rise forever, which led to banks giving away mortgages to anyone whether they wanted them or not? Supply and demand? Come on.

Normally, I try to let sleeping dogs lie. But this is one hound that keeps barking and won't shut up.

I’m talking about your bud Lew Dickey. He’s now whining to Inside Radio that he gave away the store just to fill inventory. He forgot to add that he and others kept adding more inventory, too, in an attempt to meet budget. Supply and demand? Come on.

How can you have demand when you have an endless supply? 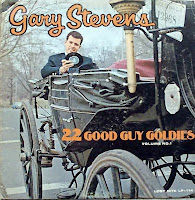 I don't know how everyone missed this one. A couple of weeks back a Seattle paper got radio broker Gary Stevens on the phone to discuss classical music formatted KING-FM's financial problems.

You're familiar with classical music, Peter. You dumped the format in two markets, Detroit and Philadelphia. Too bad the formats you replaced them with stiffed, too.

Here's what Gary said about the radio market to Seattle Crosscut: "Two years ago, a Seattle FM would have been worth $50-70 million, even if it wasn't profitable. In the current meltdown, so few radio stations have been traded, there aren't comparable sales numbers, but if I had to guess, KING-FM might bring in $15-25 million, in today's market, assuming a buyer could find financing."

Times are tough when even a seasoned radio broker like Stevens is quoting rates out of Filene's Basement's automatic markdown - before the markdown.

Shall we join reality, already in progress, Peter?

Let’s start with this report from Veronis Suhler Stevenson (VSS).

VSS also predicts 2010 will be the year marketers will move advanced and sophisticated social media into its mainstream - effecting nearly all marketing initiatives.

Sounds like radio has some work to do. Up for it?

Finally, Peter, are you aware of the TV sitcom Gary Unmarried. In a recent episode the lead character, played by Jay Mohr, is trying to land a gig as a L.A. radio sports talk show host. He sends the station a demo and….well, click here and hear it yourself.

The song remains the same

John Gorman
John Gorman, President of Gorman Media, is a media consultant and talent coach. His first book, "The Buzzard: Inside the Glory Days of WMMS & Cleveland Rock Radio - A Memoir," which covers his years at the station, is in its third printing. Gorman, who has won numerous broadcasting and charitable awards, was inducted into the Ohio Radio-Television Broadcasting Hall of Fame in 2000 and received a Cleveland Icon Perseverance award from the Cleveland Entertainment Coalition in 2006. Gorman was inducted into the Cleveland Association of Broadcaster's Hall of Fame in April, 2008. He is celebrating his 43rd year in the media and communications business. 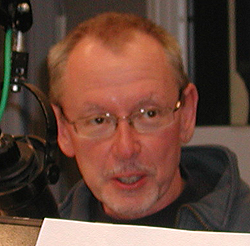 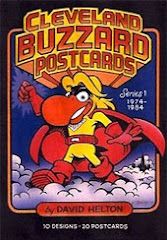 MURRAY SAUL - THE GET DOWNS VOL. 1